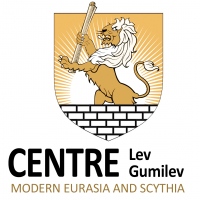 Non-Profit Organization “Eurasian Centre” (Lev Gumilev Centre) has been operating in Russia since 2009. Our team staff is above 15 persons include freelance workers. CEO is Paul Zarifullin.

– Eurasian ideology propaganda based on the principles of respect and social justice for all cultural, religious and ethnic diversity.

– Countries integration in the Eurasian Union operating by the “soft power” and the implementation of intellectual, political and economic projects.

– Formation of a new image of the Eurasian Union as the world’s spiritual and ethno-political center.

– Legal advices on the cultural identity rights of peoples.

– Support of history and philosophy scientific research and analysis.
Publishing and educational activities.

– PR-support of the events, at our own resources, another media and TV, impact on the public opinion in the media and the blogosphere. (Mediaplanning, interviews, meetings, publications, work with educational, non-governmental organizations).

– GR-activity based on the initiative multinational expert group of proactive government representatives and private businessmen.

– Representation of Russia interests in the CIS countries by practical promotion of the key messages at the highest level.

– Monitoring of the ethnic and religious conflicts in the current and potential conflict zones. Development of the methodology of peaceful conflict resolution.

– Research of ethnic groups and cultures, ethnological and archaeological expeditions, restoration of ancient cities, sacred rituals and celebrations of the Eurasia peoples.

– Advisory activity on peoples’ rights at the legal and political issues of cultural identity, human dignity, preservation of language features and ecology.

– Development of marketing strategies for the regional departments on the topic of Eurasian integration. Audit management, social-economic activities to improve the living standards of socialization measures, the development of marketing territory programs, branding and new positioning for positive changes and increasing the region investment attractiveness.