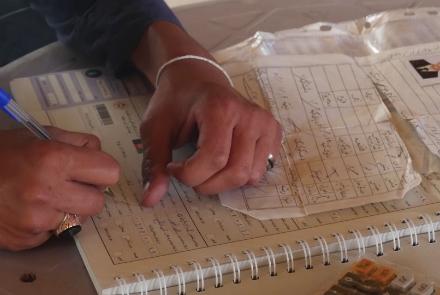 A new report released by the United Nations Assistance Mission in Afghanistan (UNAMA) on Thursday details a “disturbing pattern” of attacks at election-related facilities following the commencement of voter registration for the October 2018 polls.

UNAMA verified 23 election-related security incidents since voter registration began on 14 April. These incidents have resulted in 271 civilians being killed and injured, with the vast majority of civilian casualties occurring on 22 April from a suicide attack among a crowd gathered outside a national identity card distribution center in Kabul, resulting in 198 civilian casualties, the organization said in a statement on Thursday.
“I am outraged by these attacks deliberately targeting civilians seeking to exercise their constitutional right to vote,” said Tadamichi Yamamoto, the UN Secretary-General’s Special Representative for Afghanistan. “These attacks at election facilities are nothing less than an assault on democracy.”

The new report, ‘Emerging Trends of Election-Related Security Incidents in Afghanistan,’ details how approximately 75 percent of the security incidents since 14 April have taken place at schools or mosques used for election-related purposes, and describes allegations of intimidation of elections-related staff and those seeking to participate in the polls.

“Those who are registering to vote have my utmost respect; they are exercising their constitutional right and putting hope for Afghanistan’s future above concerns about their personal safety,” said Yamamoto, who is also head of UNAMA.

“The United Nations, along with the broader international community, remains committed to supporting an Afghan-led election process,” he added.

According to international human rights law, everyone has the right to take part in public affairs, to vote and to be elected to government without discrimination and without unreasonable restrictions. All citizens – whether voters, candidates or election-related staff – have the right to be free from fear and intimidation at all stages of an election process, from voter registration through to the post-election period.

Of the 23 election-related security incidents verified by UNAMA and identified in the new report, 10 of them involved threats, harassment and intimidation by anti-government elements against election-related personnel, teachers and potential voters, including allegations of confiscation of identity cards and fines imposed for possession of voter registration stickers.

“Elections-related violence should remind everyone that efforts toward peace in Afghanistan cannot be set aside,” said Yamamoto. “The way forward must not rely on a military solution but rather a democratic process, and I once again urge the Taliban to take up President Ghani’s peace offer, participate in the elections, and start direct talks with the government to put an end to the suffering of the Afghan people.”