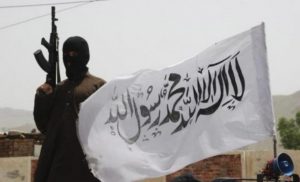 The Taliban militants group in Afghanistan rejected the involvement of the group in the attack on religious scholars gathering in Kabul city.

Taliban spokesman Zabiullah Mujahid issued a statement after the attack, saying the  group has no links with the explosion in Polytechnic University.

The Kabul police commandment officials confirm that 7 people were killed and at least nine others were wounded in a suicide attack in Kabul city today.

A spokesman for the Kabul police commandment Hashmat Stanikzai said at least seven people including a policeman were killed and nine others were wounded.

Stanikzai further added that two policemen were among those wounded in the attack.

Acccording to Stanikzai, the incident took place at around 11:30 am local time after a suicide bomber detonated his explosives near the entrance of Loya Jirga camp where a large gathering was underway.

However, another security official says at least 14 people were killed and 17 others were wounded in the attack.