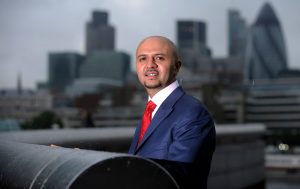 One of the prominent and most reputable ministers of the Government of National Unity of Afghanistan Syed Sadat Mansoor Naderi stepped down from his post, leaving behind major legacies, mainly in the areas of administrative reforms and the massive fight against corruption, after more than three years of tireless efforts.

Reports regarding the resignation of Syed Sadat Mansoor Naderi emerged as a surprise as he stepped down from his post quietly and without any major controversy, sparking an online debate on social media websites.

Hailing from one of the most prominent and reputable religious families in Afghanistan, Syed Sadat Mansoor Naderi assumed charge of the Ministry of Urban Development and Housing in early 2014 after receiving the most votes among the minister-designates introduced to the Lower House of the Parliament, Wolesi Jirga, under the tenure of the newly-formed National Unity Government.

Some of his major achievements during his tenure as the Minister of Urban Development and Housing include the massive campaign against corruption which resulted into elimination of the major corruption network in the ministry, including the arrest and trial of six key ministry officials.

The other major achievements under his tenure include the implementation of major reforms in the ministry, including the introduction of young and talented government service employees through the CRB program.

It is expected that Mr. Naderi would make a public announcement regarding the circumstances surrounding the decision about his unexpected step down from one of the key government positions.