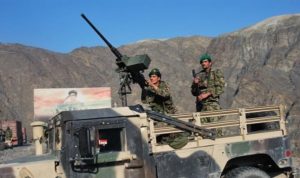 The cities and highways have not been included in the government’s unilateral ongoing ceasefire with Taliban and that the Afghan security forces can launch operations in these areas, a reliable government source told Ariana News on Monday.

According to the source, the Afghan security forces would target the gatherings of the Taliban in these areas.

The Interior Ministry did not comment in this regard but stressed on preserving the government’s unilateral ceasefire with the Taliban.

“We are fully preserving the ceasefire, and the security and defense forces have been ordered to react in case of any action being taken from the other side,” the ministry spokesman Najib Danish said.

However, during the ongoing ceasefire, the Taliban have launched offensives against the government forces in 10 provinces. Recently, the militant group has seized several outposts in Maidan Wardak province.

The government source, meanwhile, told Ariana News that some Taliban members from many provinces including Zabul and Paktika have gathered to resume ceasefire with the government forces.

“While preserving the ceasefire, the Afghan security forces have conducted 10 joint clearance operations and 16 air raid in response to attacks of the enemy group over the last 24 overs in different parts of the country,” Mohammad Radmanish, the Deputy Spokesman of the Defense Ministry said.

This comes as earlier reports emerged suggesting the creation of safe zones for the Taliban which has sparked strong reactions as some people believe the plan to handover some parts to the Taliban could lead Afghanistan into fragmentation.