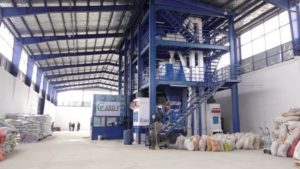 “Insecurity, corruption and lack of infrastructure are the main challenges. The government does not have a specific mechanism to protect the minority investors,” Khan Jan Alkozay, deputy of Afghanistan Chamber of Commerce and Industry (ACCI) said.

The report said that Afghanistan’s ranking for starting a business declined significantly over past year – from 42nd last year to 107th in 2018.

“We have declined the licence cost from 30000 AFN to 100 AFN. We are witnessing a better position compared to the past two years,” Musafer Quqandi, spokesman of the Ministry of Commerce asserted.

In the meantime, the Ministry of Economy declared about government’s serious efforts for growing investment in the country.

“The government is trying to solve the problem of insecurity. It will support investment and pay more attention on domestic products,” Suhrab Bahman, spokesman of the economy ministry added.

This comes as the National Unity Government has always announced support from the private sector.