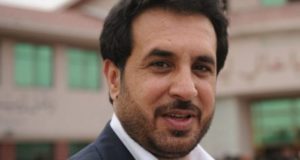 Speaking during a gathering of his supporters, Khalid stressed on unity among Afghan tribes and the transparency of forthcoming election, saying we would not allow the country face crisis.

Pointing at the peace process, he declared that Afghan people want a peace with dignity that all Afghans are involved.

Khalid accused the leadership of National Unity Government, particularly President Ashraf Ghani of raising ethnic differences, adding the leaders failed in providing the security and the situation are worsening with each day passing.

The ex-intelligence chief considered the statistics of the Independent Election Commission (IEC) about the registered voters questionable.

This comes as another political party announced existence under the name of Afghanistan National Coalition.