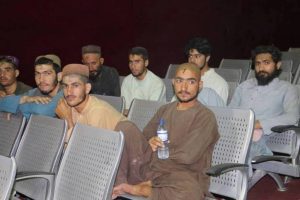 The Afghan Commandos have stormed another compound of the Taliban group in Helmand province which was used a detention facility by the group in this province.

The provincial government media office in a statement the Special Forces conducted an operation in Musa Qala district late on Tuesday night and released at least ten people from the prison run by the Taliban.

The statement further added that the operation was conducted by the Commandos of the 7th Kandak and as a result six civilians and four policemen were rescued.

This is not the first time the Afghan forces are conducting special operations against the hideouts of the Taliban militants which are used as prison cells.

Dozens of civilians were rescued during a similar operation conducted in the vicinity of Kajaki district of Helmand province last week.

According to Helmand governor’s office, a number of old men and children were also among those held by the Taliban and were rescued by the Commando forces.