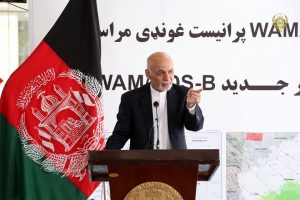 The Office of the President, ARG Palace, said President Ghani issued the new directives during the inauguration of the new Radar system in the airport.

According to ARG Palace, President Ghani ordered the relevant authorities to take necessary measures to prevent the unnecessary gatherings, ceremonial gatherings, and entry of armed men inside its premises.

The new Radar system was inaugurated in the presence of President Mohammad Ashraf Ghani and other high level government and security officials in Hamid Karzai International Airport today.

According to ARG Palace, Afghanistan gained access to the most advanced Radar system with its installation and inauguration today.