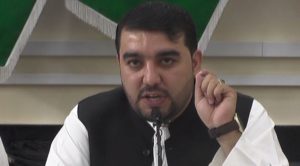 The Independent Election Commission (IEC) has imposed cash penalty ranging from 30,000 to 100,000 AFN fine on 52 parliamentary elections’ candidates who began their election campaign ahead of the scheduled timing.

Addressing a press conference on Friday in Kabul, the head of the IEC media committee, Rafai Rafiq Sediqui said the candidates have been penalized for launching their campaign before the scheduled timing on social media or banners and placards in some parts of Kabul.

The official added that the electoral law allows them to make warnings, penalize or refer the offenders to judiciary institutions with the agreement of the Independent Electoral Complaint Commission (IECC).

This comes as the election campaign of the parliamentary candidates was kicked off today.  Banners and placards of the candidates could be seen all over the city even in restricted places.

“The candidates should set their posters in specific places. It shouldn’t cover a board or logo of a company or center,” said Imam Mohammad Warimach, former chief of IEC Secretariat.