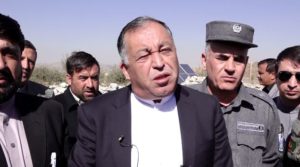 As many as 50,000 acres of government land has been usurped by powerful individuals in Kabul, the governor of Kabul said on Monday.

In the past 15 years, Land grabbing has been among the major challenges in the country.  The issue reached its peak mainly after the collapse of the Taliban regime.

Kabul governor said about 50,000 acres of land has been usurped only in Kabul, but he said since last year the government has taken measures to prevent land grabbing and that has been able to retake over 10,000 acres of grabbed land.

Qader Walizada, a police commander in Kabul’s Bagrami district, meanwhile, said that most of the land being grabbed by powerful individuals.

“The parliament members have warned us that we can’t retake these lands,” he said. “We will take actions against them based on the law.”