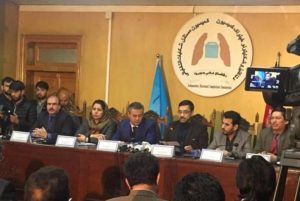 The Independent Electoral Complaints Commission (IECC) on Thursday announced that the results of voting at all polling centers in Kabul parliamentary elections have been invalidated.

The announcement was made by the IECC Spokesman Ali Reza Rouhani.

According to the complaints commission, evidence of widespread fraud is the main reason behind the decision.

Rouhani said that Kabul parliamentary elections should be conducted once again.

In addition, the IECC has dismissed five senior officials of the Independent Election Commission (IEC) for violating the rules and regulations.

The election commission has not made a comment regarding the decision yet.