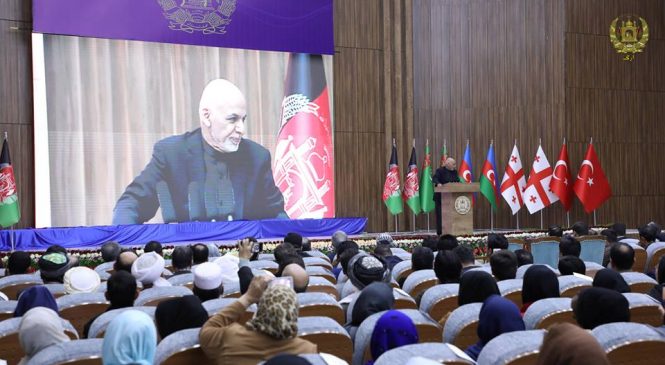 According to President Ghani, Afghanistan now has vast options in terms of transit and is not dependent to a single transit route.

He also hailed the presidents of Turkmenistan, Azerbaijan,Georgia, and Turkey for their efforts in regional connectivity, particularly in turning in Lapis Lazuli project into reality.

President Ghani said the realization of Lapis Lazuli corridor is a result of trust and confidence of the northern neighbors of Afghanistan, emphasizing that the Afghan products including grapes, marbles,and Saffron as well pomegranates of Kandahar, almonds of Samagan, and all agricultural products of the country will soon be transported to Europe via this corridor.