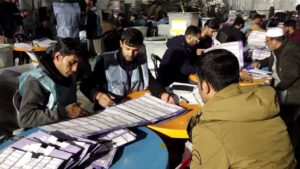 The election observers, however, stressed that the electoral commission should announce the final results of the elections.

This comes as days earlier, the IECC said that the election commission has not provided all the necessary information to the IECC nor it has reached to an agreement to determine a timetable for recounting of Kabul votes.