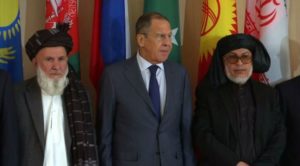 Following the issue, Rahim Bek Yaqubi, a member of the HPC said that the Taliban has formulated a negotiating team which according to him, is comprised of five members from the armed group’s Qatar office and five more are the members who have been released from Guantanamo Bay in late October.

Yaqubi stressed that the face-to-face talks between the Taliban and the government negotiating teams were expected to take place after the end of Khalilzad’s third round of trips to the region.

However, the Taliban Spokesman Zabiullah Mujahid in a phone call with Ariana News rejected the issue as “baseless”.

This comes as some Afghan people and politicians have concerns that the past 16 years’ achievements in Afghanistan might get compromised in the negotiation process with the Taliban.

But President Ashraf Ghani on Thursday in a meeting in Herat province assured that the government would not conclude any peace deal behind closed doors. He insisted that every decision regarding peace will take place based on people’s will and the approval of the parliament.