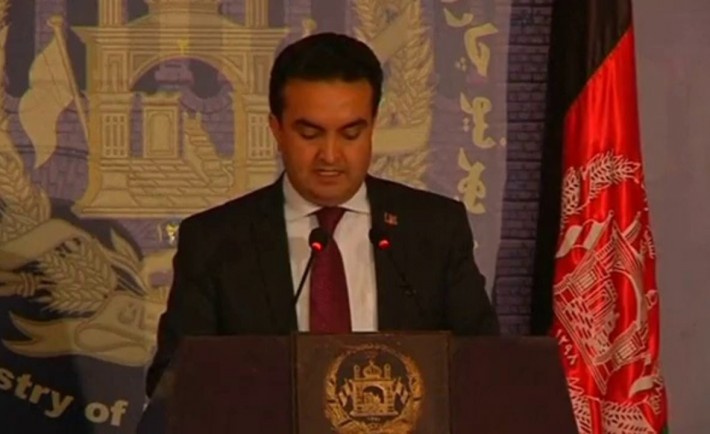 KABUL: Spokesman for the ministry of foreign affairs, Ahmad Shekib Mustaghni said the other day that the Quadrilateral Coordination Group (QCG) meeting held in Islamabad required a need for a political dialogue could end violence and restore lasting peace in the country.

He said the meeting would do its best to invite the Taliban to directly join the process, and the peace talks was resolved to continue meeting till the end of February this year, a statement quoted him as addressing a news conference here in Kabul.

According to him, the next meeting was expected to be held in Kabul on February 23, 2016, with efforts to help the whole Talban group join peace process, a statement from his office said quoting him in the conference.

The QCG meeting asked for an end in violence and restoration of lasting peace in the country, he said adding the peace brokering meeting of the QCG was making effort to ask the entire Taliban’s authorized representatives and has said would met in due time to slate a specific time for a face to face peace talks with the Taliban.

According to him the meeting resolved that to fight with all means against those creating deadlock to peace talks or not ready to give up arm and violence against the people of Afghanistan, the statement added.

Mustaghni warned that other countries would provide cooperation with the government of the Islamic Republic of Afghanistan in war on terror and those were not ready to give up arms.

The QCG, in a joint statement said it would continue meeting to make a specific timeline for direct peace deal with the Taliban, said Mustaghni. “No precondition would be considered from the Taliban side, but during the expected direct peace talks, both sides would discuss their own suggestion and proposal for a successful peace process,” the spokesman went on as saying. “I don’t want to focus on what definition would have the Pakistani side from the Taliban, but it is the most important that to make efforts for a lasting peace in the country through a direct talks under the Afghan government led process with the Taliban representatives,” said Mustaghni.