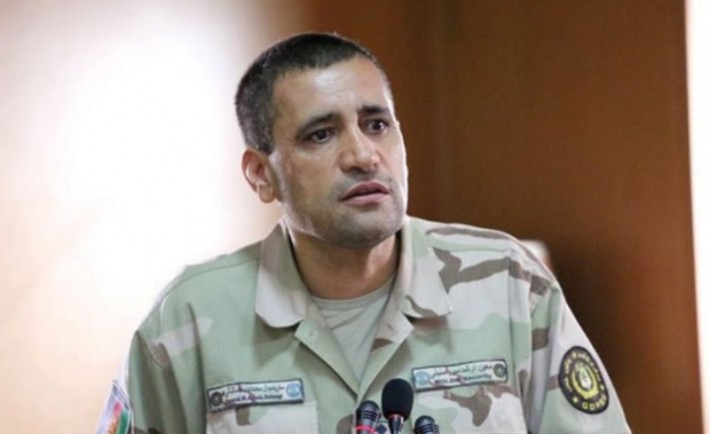 Gen. Salangi was speaking during his farewell ceremony in the Ministry of Interior (MoI) compound, a day after President Ghani nominated General Abdul Rahman Rahman to replace him as Senior Deputy Interior Minister for Security Affairs.

He reiterated his stance towards ISI’s interference in Afghanistan by taking into his official Twitter account which he was usually using to provide regarding the security situation of the country.

“ISI continues to play a destructive role in Afghanistan. ISI is responsible for bloodshed, chaos and destruction in Afghanistan,” a Twitter post he published earlier today reads.

The four star general further added “Without support of ISI ,Taliban can’t be this strong. ISI’s support for Taliban, Haqqanis and other terrorist groups is very clear.”

He also urged the leaders of the government of national unity to refrain from taking the security institutions to political affairs, saying “As I said in my farewell ceremony at MOI,I urge leaders of NUG not to politicize ANSF, police in particular Sadly, I experienced the politicization of police in last 16 months or so. ANSF are the real heroes. They need all the support this critical time.”

The remarks by Gen. Salangi comes as the Afghan officials have long been criticizing the Pakistan’s spy agency for interfering the internal affairs of Afghanistan, besides sheltering the anti-government elements inside the Pakistan.

Atmar further added that the government of Pakistan has not taken important steps to prevent the activities of the two groups in their soil.

The remarks by Atmar followed almost three months after the Presidential Palace slammed Pakistan for the existence of the Haqqani network command and control in Pakistan.

“The Islamic Republic of Afghanistan believes that one of the major differences between Afghanistan and Pakistan is regarding the presence of terrorist groups, specifically the Haqqani Network in Pakistani soil,” a statement by the Palace said earlier in September last year.