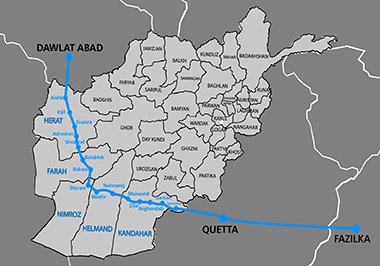 Officials from the Mines and Petroleum Ministry said they have started awareness programs and assessments on social and environmental issues.

“The Ministry of Mines and Petroleum [MoMP] is fully ready to implement the TAPI project,” said MoMP spokesman Muhayuddin Noori.

He added: “We have started awareness programs. The four nations talks on the project is ongoing as well.”

It is said that Afghanistan will discuss the security scheme of the TAPI project with Turkmen officials.

According to officials, 735 kilometers of the 1,700 kilometer pipeline will pass through Afghanistan. This project will generate $500 million USD annually for Afghanistan in transit tax.