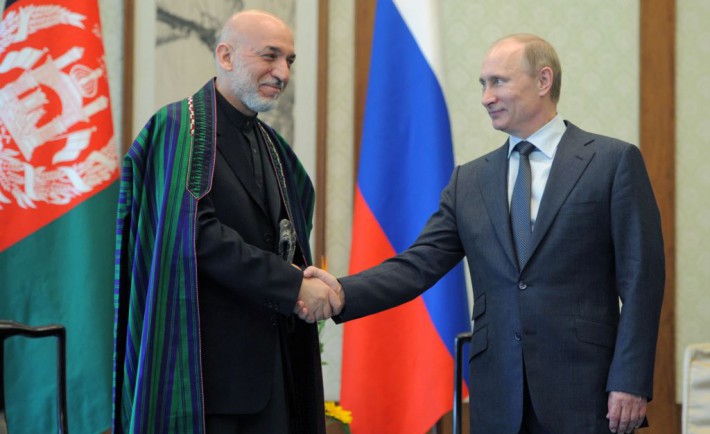 Russian President Vladimir Putin will discuss military and technical cooperation at a meeting with his Afghan counterpart Hamid Karzai on Friday.

They will focus on the supply of Russian weapons and training Afghan officers for security agencies, Russian President’s aide Yuri Ushakov told reporters on Thursday.

According to him, the meeting will be held on the side lines of the Shanghai Cooperation Organization summit in the Kyrgyz capital Bishkek.

Ushakov said that the two leaders would discuss promoting economic ties because the annual trade volume between the two countries was only $950 million in 2012..