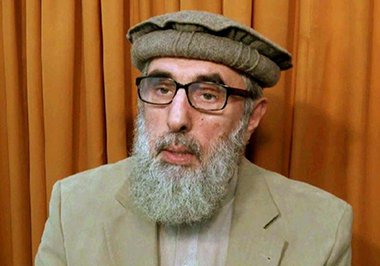 After months of tough negotiations, the Afghan government and Hizb-e-Islami finally signed a draft peace accord in Kabul on Wednesday – a move that has been cautiously welcomed by Afghan political parties.

Led by former Jihadi commander Gulbuddin Hekmatyar, Hizb-e-Islami is the second largest militant group after the Taliban that has been active in armed struggles against the Afghan government and its foreign partners.

While analysts believe that Hekmatyar’s return to peace could be a template to ending the war with the Taliban, Afghan political parties however have asked government to take national interests into consideration while forging peace with the militant group and that the nation’s gains and interests should not be undermined in the peace negotiation process.

On Thursday, two influential parties, Jamiat-e-Islami and Junbesh-e-Milli Islami, in separate statements, welcomed the accord with Hizb-e-Islami, but asked government not to deal away national interests while in talks with militant groups.

“It is a positive move that Hizb-e-Islami has agreed to reject violence, we believe it would be in the interests of the country. Necessary assurances must be given to government that these groups will not return to violence and they will stay alongside the government and the people,” Bashir Ahmad Tayyanj, spokesman for Hizb-e-Junbesh-e-Milli said on Thursday.

“Jamiat-e-Islami Afghanistan welcomes any effort for peace. We strongly support the return of Hizb-e-Islami leadership in the country if it is really committed to rejecting violence,” Waqif Hakimi, spokesman for the Jamiat party said.

In addition, the Afghan government has said that the main factor that brought Hizb-e-Islami to the negotiating table was that these talks were part of an Afghan-owned process.

“We believe that the important reason that led to positive talks with Hizb-e-Islami was that these talks were an inter-Afghan dialogue, we hope that the Taliban also choose this path and join inter-Afghan talks,” deputy presidential spokesman Shahussain Murtazawi said.

Afghan citizens have also voiced support for peace talks between the government and the militant groups.

“There are some reports that they (Hizb-e-Islami) have asked for $4 million USD and townships. Preconditions must not be made during the peace talks, anyone who is willing for peace should join the peace process for the betterment of the nation and not for personal motives,” Kabul resident Obaidullah said.

“Peace is one of the main aspirations, government and people must contribute in this respect. Hekmatyar must seal a peace agreement and resolve issues through diplomacy; government must declare war against those who reject peace,” another resident Sayed Samiullah said.