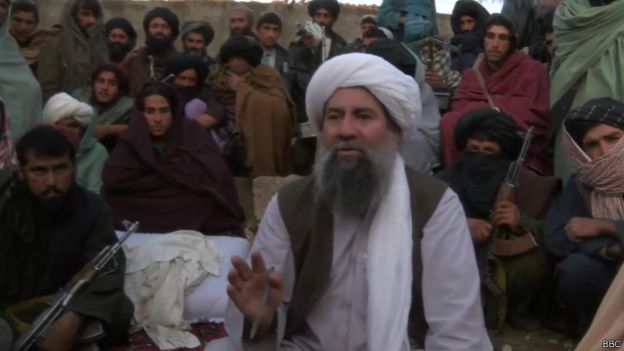 Criticizing the appointment of Mullah Hibatullah Akhundzada as Taliban’s new leader, Mullah Mannan Niazi, spokesman for the Taliban’s breakaway faction led by Mullah Rassoul, said on Sunday that the newly appointed leader is a puppet of Pakistan – just as his predecessor, Mullah Mansour, was.

He said Mullah Rassoul’s faction wants an Islamic government in Afghanistan and that foreign troops should not stay in the country as invaders.

He said: “Hibatullah was appointed by those who appointed Mansour as Taliban’s leader. It is part of the conspiracy that has started against the Taliban in the past.”

“Those that are killed in the country are killed as a result of the fatwa issued by the unjust muftis that now claim they are leading Taliban. They are our killers and their hands are stained with our blood,” he added.

The withdrawal of foreign troops from Afghanistan has been one of the main pre-conditions of terrorist groups in terms of joining the peace process, but this time, the breakaway faction of the Taliban brought up the issue, with a slightly different angle.

“We do not want all foreigners, as invaders, in Afghanistan, but we want Afghanistan to have good relations with the world in the framework of international rules,” he said.

Meanwhile, the presidential palace said they are ready to embrace the militant groups that quit insurgency and join the peace process.

“The peace door will always be open for the groups that quit killing the people, accept the Constitution of Afghanistan, and cut relations with terrorist groups ,” said President Ashraf Ghani’s deputy spokesman Shahussain Murtazawi.

Peace talks with militants, particularly with Taliban, has been government’s top priority over the past several years, but the efforts have not yielded considerable results so far.

Analysts said they believe that there is still opportunity to carry on the peace process with militant groups.