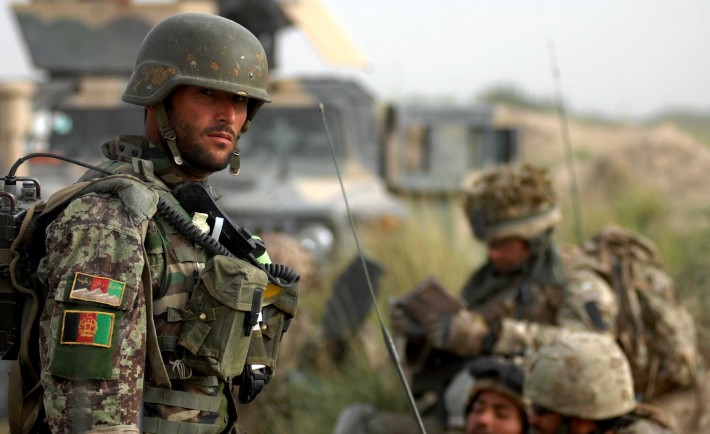 At least 27 Taliban insurgents including three key local leaders of the group were killed during clearing operations in northeastern Badakhshan province of Afghanistan.

According to the local government officials, the militants were killed in Raghistan district during the “Kokcha 07′ clearance operation.

Provincial governor’s spokesman Ahmad Navid Frotan said the three key local Taliban leaders have been identified as Mawlavi Nasir Ahmad Farooqi, Fasihullah Sultani, and Mullah Samiullah Shamil.
He said at least 32 militants were also wounded during the operations and 12 villages were cleared from the militants presence.

Frotan further added that 2 security personnel also lost their lives and six others sustained injuries during the same operations but the local residents did not suffer any casualties.
The Taliban militants group however rejected the report regarding the heavy casualties of the group’s militants during the operations.

Badakhshan has been witnessing growing instability during the recent months as the Taliban group attempt to expand insurgency in northern and northeastern parts of the country.

The province also witnessed deadly attacks last year and a number of the districts were briefly captured by the militants while numerous Afghan security personnel lost their lives during the deadly clashes.