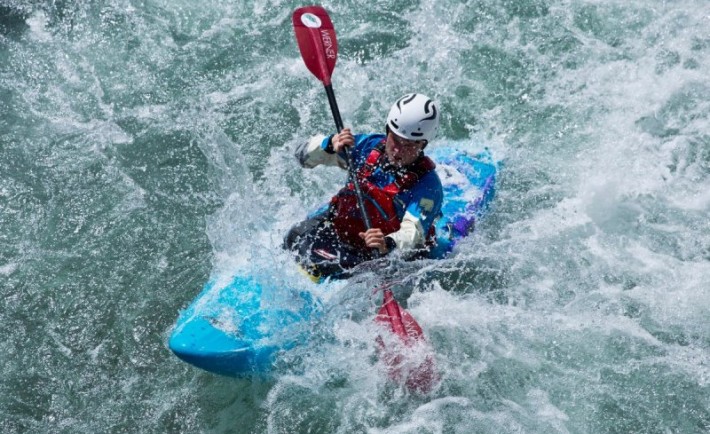 A group of European kayakers have for the first time visited the northern Panjshir province of Afghanistan defying the threats amid ongoing violence in the country.

The kayakers who are search of the best white water have said Panjshir River offers some of the best kayaking in the world.

A Scot kayaker Callum Strong has told The Associated Press “It’s extreme geography that attracts extreme sportsmen, not the fact that the place is at war.”

Strong visited Panjshir together with his three friends Brit Joe Rea-Dickins, Scot James Smith and Austrian Kristof Stursa — are also recent graduates in their early 20s and amateur kayakers who met through their love of the sport.

“Before I came here, I was worried as the only news you hear from Afghanistan is bad news,” Strong said. “But I believe most places you go in the world, most people are good — and the river here looked very good, so we wanted to come.”

His friend Rea-Dickins was similarly enthusiastic, comparing Panjshir to the best places he’s kayaked in northern Europe, India and Pakistan. “In terms of white water, this is as good as anywhere in the world,” he said.

One of the joys of the sport, he said, is that “it takes you to pretty interesting places, it gives you purpose, you can be in a beautiful environment for weeks, you go off beaten tracks and stay where you end up and you meet with local people.”

The visit by the European kayakers comes as the analysts believe tourism could play a key role to boost the economy of the country provided that the security situation improves.

Afghanistan is a landlocked mountainous country where famous sports like skiing in the central Bamyan province attracts visitors both internally and from abroad.

However the security issues remains a challenge on the way of boosting tourism in the other parts of the country including the northern and northeastern part of the country.