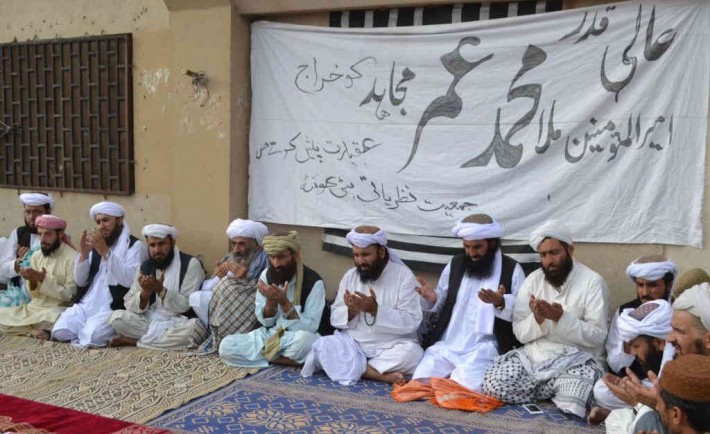 The Taliban leaders based in Pakistan have reportedly been asked to join peace talks or leave the country along with the family members.

“The squeeze is continuing on them [the Taliban] and some have already left, or [are] leaving the country,” a senior Pakistani official told VOA in background interview.

According to the report, the latest crackdown by Islamabad has forced the Taliban leaders based in Qatar to send a delegation to Islamabad to take up the issue with Pakistani officials.

Earlier, reports emerged that the Taliban delegation had visited Islamabad to brief the Pakistani officials regarding the secret informal talks between the group and Afghan officials.

There were also reports suggesting that the Taliban delegation visited Islamabad to discuss the issue of Afghan refugees which sparked furor among the Afghan officials who said such issues do not relate to Taliban militants group.

The officials also slammed the group for being dependent and having no authority to decide regarding the issue of reconciliation.

This comes as the Afghan officials have long been critizing Pakistan for allowing the Taliban group leaders to use its soil for executing attacks in Afghanistan which causes most of the casualties to the ordinary Afghan civilians.

However, Pakistan has repeatedly rejected the allegations although Pakistan’s foreign affairs adviser Sartaj Aziz admitted earlier this year that the country has influence on the group and could use certain leverages to force the group to join peace talks.