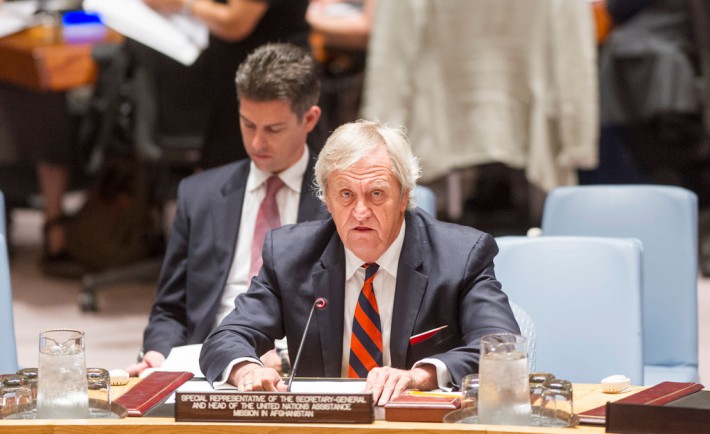 29 June 2015 – The international community must not take its “eye off the ball” when it comes to Afghanistan, the top United Nations envoy there has warned, noting that the country faces numerous challenges that will take quite a bit of time to tackle.

Speaking to the UN News Centre, Mr. Haysom – the Secretary-General’s Special Representative and head of the UN Assistance Mission in Afghanistan (UNAMA) – said it would be “disastrous” if the country was forgotten amid today’s more pressing crises. Although there has been progress in meeting the country’s challenges in the economic, security and political fields, failure in any one of these areas would have consequences for the overall success of the Afghan transition.There is cause for concern… but, on the other hand, things are more or less on track. I think it would be accurate to say that Afghanistan is muddling through.

UN News Centre: Is there a sense of hopelessness growing among the people, or are they very resilient?

Nicholas Haysom: Afghans are resilient. For 30 years they have been living in an unstable, insecure position. While they are resilient, there needs to be cause for hope. With hope, I think people can withstand quite difficult circumstances. So really, one is in the business of measuring, as it were, a ‘hope barometer,’ which looks at a wide range of factors including the state of the economy, the functioning of government and whether they think things are generally moving in the right direction. 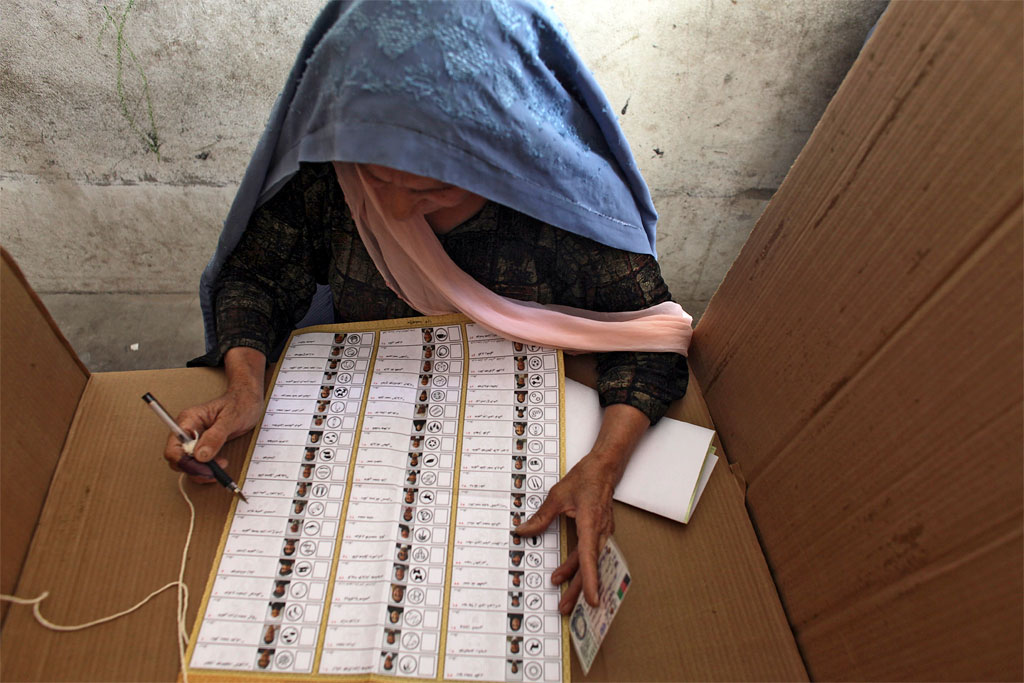 Afghan citizens, including this woman in Herat, went to the polls in August 2009 to vote in presidential and provincial council elections. The polls resulted in the first democratic transfer of power in the country.
UN News Centre: And where do you think we are on the ‘hope barometer?’

Nicholas Haysom: I think we’re quite evenly balanced. There is cause for concern, which the Afghans express. But on the other hand, things are more or less on track. I think it would be accurate to say that Afghanistan is muddling through. And I would also not undervalue that. It may sound as if I’m dropping the bar but the truth is that Afghanistan first has to address serious economic problems. It has to sustain its overall coherence in its security agencies and security response. It has to make progress politically, which, given tensions within Government and the challenges facing it, are quite significant. 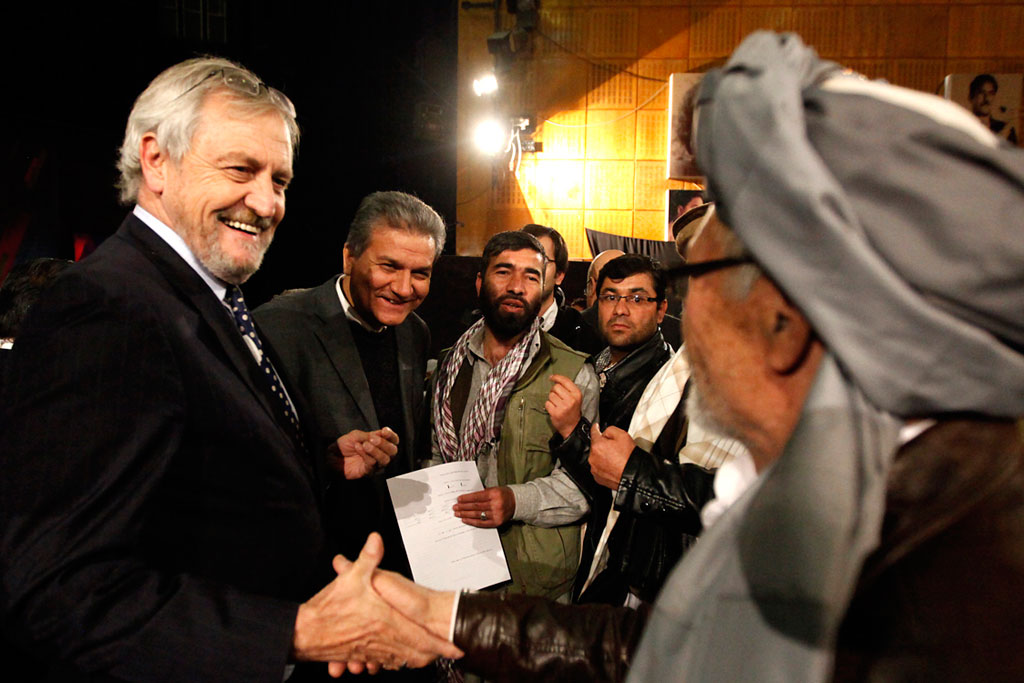 Afghan audiences from across the country debate the UNÕs role in country with UNAMA head
On 15 December, the top United Nations official in Kabul, Nicholas Haysom, stressed the world bodyÕs commitment to support Afghanistan and to back the nascent Government of National Unity, during a debate with Afghan audiences broadcast today on state television. On the state broadcasterÕs flagship panel show, ÔOpen Jirga,Õ Mr. Haysom highlighted the UNÕs backing to Afghanistan, responding to questions from a studio audience brought together from across the countryÕs 34 regions. ÒWe are here as partners of the Afghan people at a most difficult time in the Afghan nationÕs history,Ó he said.

While they are, more or less, meeting the benchmarks and may be modestly succeeding them, I think that everyone is aware that if something were to go badly wrong in any one of those areas – if the government was to fall apart for some reason, the economy was to dip badly or there was to be some serious security reverses – all of those would go into the mix.
UN News Centre: Does the recent attack on Parliament and what we’ve been seeing in Kunduz show that the nature of the challenges facing Afghanistan is changing, evolving?

Nicholas Haysom: The nature of the challenge is evolving, but bear in mind that in 2015 the Afghan Security Forces have taken on the sole responsibility of managing the security of the country. Five years ago, some would say that was unthinkable. There are steady achievements… but we’ve always got to be realistic; the Afghans are realistic. We should not overstress enormous strides. There is not going to be any miraculous transformations to the economy, to the conflict that plagues the country or in the political achievements. 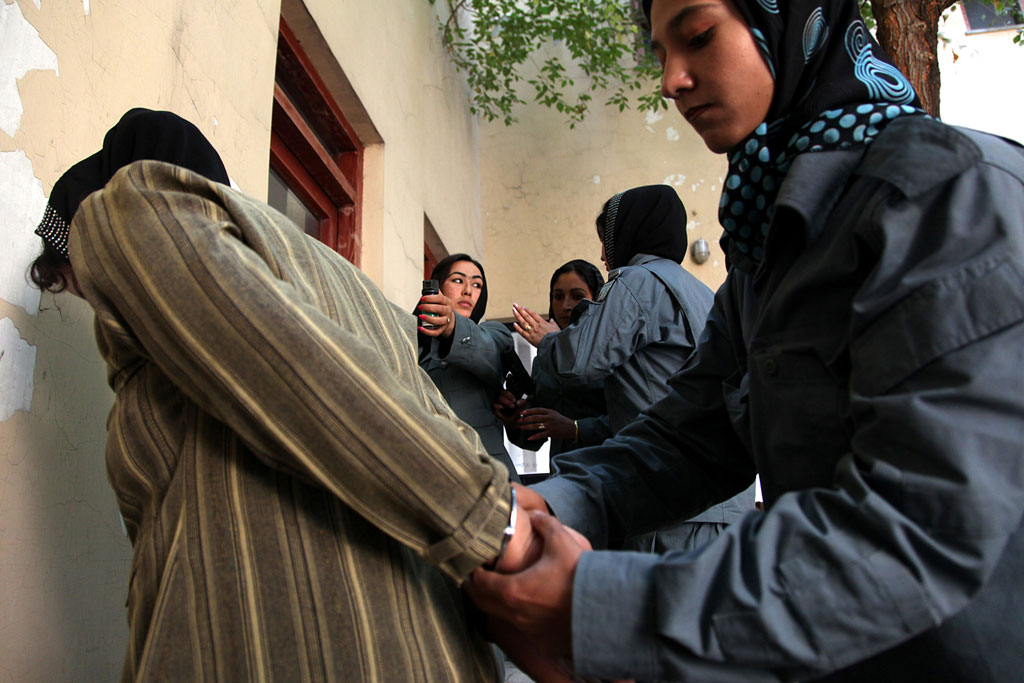 In this archived photo, policewomen from the Afghan National Police train at a police training centre in the capital, Kabul. The UN in Afghanistan recently joined forces with national and international partners to expand and complement existing programmes to strengthen the capacity of women police, and improve access to justice for women and children in local communities of 10 Afghan provinces. UNAMAÍs Police Advisory Unit plays a coordinating role by bringing all stakeholders together.

UN News Centre: Following the withdrawal of foreign troops, to what extent has the UN’s role become more difficult?

Nicholas Haysom: What we have seen is not simply a military withdrawal. We’ve also seen an international civilian withdrawal. There has undoubtedly been an economic contraction with more visible signs of poverty, even in Kabul itself. In the three years that I’ve been in Kabul, there has been a deterioration of security. The way in which we do our work is more circumscribed. We are now unable to make use of social networks in the way we used to, to engage not only Afghans but also the non-Afghan non-governmental organizations and diplomatic communities. The space for the engagement of society has shrunk because of the deterioration of the security environment.

Politically, it has also been testing for the UN. We are working with a Government which has made it clear that it expects value from the UN. It is not prepared to accept the mandates of any given agency, fund or programme as a self-evident virtue. It wants to see what we bring to the table and how we are contributing towards growing the capacity of Afghans to manage their own affairs. 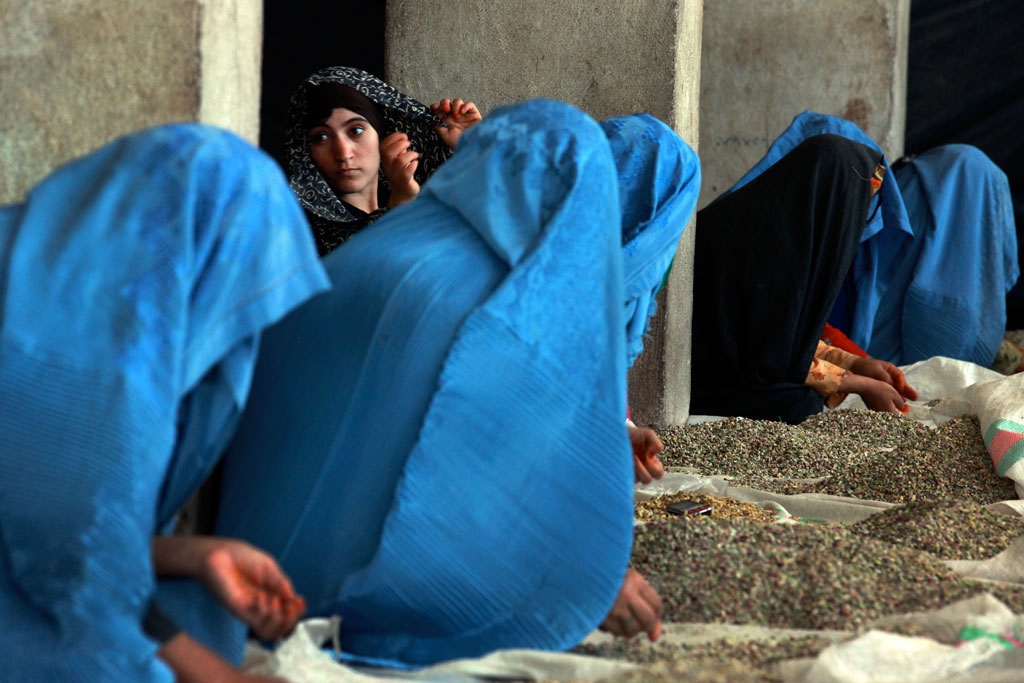 women sort through pistachios by hand in a privately owned factory

UN News Centre: The UN remains very committed to Afghanistan. What about the rest of the international community, are they losing interest? Is this becoming a forgotten crisis?

Nicholas Haysom: I look at it from two dimensions. Internally, there has been a reduction in size of the international community’s presence. You see that in regard to the media, in regard to the size, the number of diplomatic missions and maybe in the engagement of economic entities as well. One would hope that those remaining are more committed and engaged and that there is still a lot that can be done.

Externally, we would recognize that there are more pressing issues outside of Afghanistan. Those issues occur in places that are closer to Europe and the traditional European-NATO type countries that are heavily invested in Afghanistan.
On the one hand, Afghanistan needs to acknowledge that it is not the only case that has a compelling claim to international attention. But on the other, it needs to make the case that it would be disastrous, and lead to potential reversals if the international community would lose attention – take their eye off the ball, so to speak.

UN News Centre: How optimistic are you for Afghanistan as a whole?

Nicholas Haysom: Once you adjust to the hurdles you think the country must meet, to the level of realism, I am optimistic. As I said, there is not going to be any miracles, there is going to be gradual engagement with challenges it meets, against realistic benchmarks. And they have the potential to meet them.