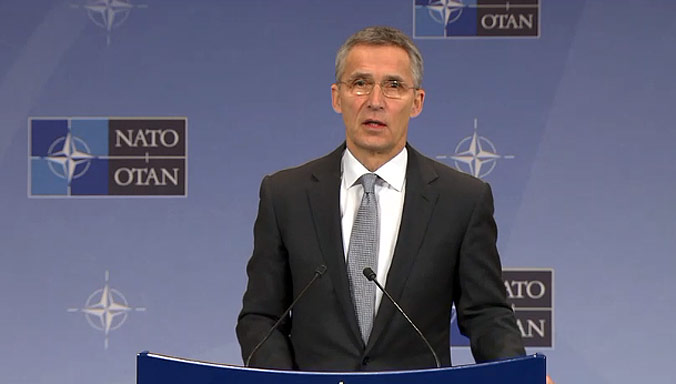 The NATO Secretary General Jens Stoltenberg said the NATO Foreign Ministerial will kick off on Tuesday with the Foreign Ministers of the alliance to discuss Afghanistan on Wednesday.

“On Wednesday, we will meet with Afghan Foreign Minister Rabbani, to reaffirm our commitment to supporting Afghans to secure their own country, and to review Afghanistan’s reforms, which are linked to continued international support,” Stoltenberg said.

He said “NATO’s presence in Afghanistan demonstrates our long-term commitment to the fight against terrorism. It is helping to stabilise the region and stem the flow of migrants and refugees.”

According to Stoltenberg, the alliance will will discuss the progress made in boosting the capacity of their neighbours to the east and to the south, including our support to the Counter-ISIL Coalition, training of Iraqi officers, and alliance’s new Operation Sea Guardian in the Mediterranean.

He said NATO has many years of experience in projecting stability in the Western Balkans and in Afghanistan.

The Secretary General said late in October that the presence of the loyalists of the Islamic State Of Iraq and the Levant (ISIL) in Afghanistan is underlining the importance of the NATO in the country.

“Our presence in Afghanistan, NATO’s biggest military operation ever is, of course, part of our efforts to fight international terrorism and we also see an ISIL present in Afghanistan which is just underlining the importance of our presence there.”