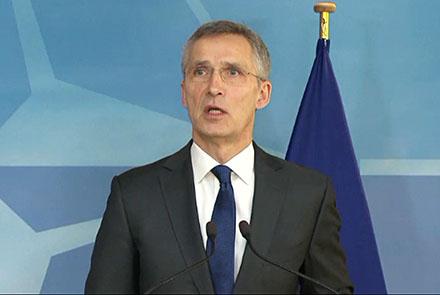 NATO Secretary-General Jens Stoltenberg in a meeting with New Zeeland’s Prime Minister Bill English in Brussels on Thursday said they will not allow Afghanistan become a safe haven for terrorists.

Stoltenberg expressed his gratitude to New Zealand for contributing to the NATO presence in Afghanistan and other international coalitions, saying that the country was “one of NATO’s closest partners”.

“The aim of our presence in Afghanistan is to prevent Afghanistan from once again becoming a safe haven for international terrorists,” Stoltenberg said.

This comes after a report by Special Inspector General for Afghanistan (SIGAR) said the Afghan National Security and Defense Forces (ANDSF) are not able to provide security for whole country.