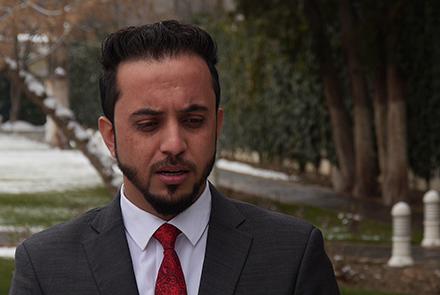 The Office of the Chief Executive on Saturday said the interpretation of Article 92 of the Constitution is needed and urged the Supreme Court to interpret the article and release its decision on the fate of the seven dismissed ministers as soon as possible.

“Government is still waiting for the Supreme Court to interpret Article 92 of the Constitution. Once the interpretation has been received, then the dismissed ministers’ fate will be finalized,” Jawid Faisal, deputy spokesman of the CEO said.

Seven ministers were dismissed more than two months ago by MPs after they failed to spend their development budgets; but government sent the issue to the Supreme Court to interpret article 92 of the constitution that deals with the summoning of and dismissal of ministers.

Article 92 of the Constitution says if ministers cannot provide convincing explanations to parliament, MPs can consider a vote of no confidence.

“Government wants to misuse the law for its own interest against parliament. But it is not wise, the interpretation of article 92 of the constitution by the Supreme Court is nonsense,” said Abdul Wahid Farzaie, deputy head of Afghanistan’s Lawyers Union (ALU).

MPs however said the National Unity Government (NUG) has violated the law as it did not accept the decision by MPs – especially as the dismissed ministers are still at work.

“Government should pay attention to this issue. The continuation of the dismissed ministers’ work is against the constitution and against the law,” said Sayed Sharifi Balkhabi, an MP.
Political analysts meanwhile criticized the NUG for allowing acting ministers to work for so long.

“They are dismissed and have not been appointed as acting ministers and their authorities are not known. Thus, it has created challenges in government and in the relevant ministries while taking decisions,” Hamid Saboori, a political commentator said.

According to MPs, the continuation of work by these ministers will create more challenges for the NUG in future.