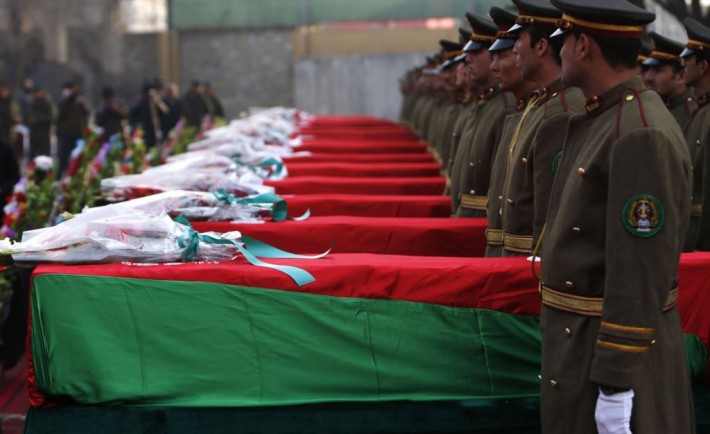 Citing the Afghan government figures provided to US Forces for Afghanistan (USFOR-A), Sopko said at least 11,777 ANDSF personnel were also wounded during the same period.

“From January 1, 2016, through November 12, 2016, according to figures provided by the Afghan government to USFOR-A, 6,785 ANDSF service members were killed and an additional 11,777 members were wounded,” the report said.

It further added “DOD reported the majority of ANDSF casualties continue to be the result of direct-fire attacks, with IED explosions and mine strikes accounting for much lower levels of casualties.”

According to the report, citing USFOR-A, the ANDSF assigned force strength was 315,962 (not including civilians) as of November 26, 2016.

“The ANA is at 86.3% and the ANP at 94% of authorized strength, not including civilian employees.206 The November 2016 assigned-strength number reflects a decrease of 1,295 personnel over the same period last year,” the report said.

The report also added that “Compared to last quarter, the ANP had a decrease of 845 personnel, the first time it has decreased in strength in a year. The ANA (including Afghan Air Force and civilians) decreased by 1,108 personnel.”

“When ANA civilians are excluded, the decrease in ANA military strength was 902 personnel,” the report said.