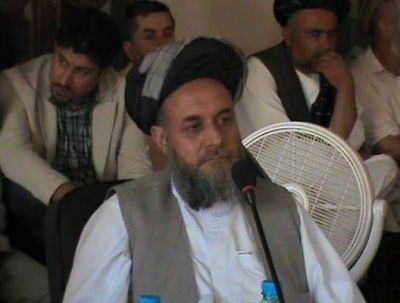 An Afghan provincial council member, his grandson and two guards were killed in an armed attack in northern Baghlan province on Wednesday, the latest in a spate of violence in the country.
Alam Jan Mujahid faced the attack when he was travelling in Hussain Kheil area of the province.

Two more guards were injured in the attack, according to Mohammad Zarif Zarif, another provincial council member in Baghlan.

Mujahid was a former commander of Gulbuddin Hekmatyar during Jihad. The attack comes as Hekmatyar is expected in Kabul in coming weeks after a peace deal between the government and him who led an insurgency after 2001.

This is not the first time that provincial council in Baghlan is targeted. In 2016, a suicide blast killed the provincial council chief Mohammad Rasol Mohseni along with over a dozen people.
No group or individual immediately claimed responsibility for the latest attack.

It comes a day after gunmen killed six Red Cross workers in northern Jowzjan province. A day before that, militants carried out a bombing outside Supreme Court in Kabul, killing at least 19 people.