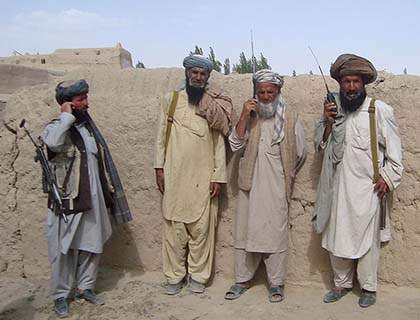 The Taliban militants are wreaking record-breaking casualties on the Afghan civilians and security forces. As predicted, Afghan policemen are surrendering in hordes after the withdrawal of US-led NATO forces, and allowing the Taliban to make crucial gains across Afghanistan. Similarly, civilians, including women and children, are targeted by the militants to a large extent. The recent spate of suicide bombings – mainly a massive truck bomb in a heavily populated civilian area of Shah Shaheed on early Friday which led to the death of dozens and injury of hundreds – in Kabul demonstrates the Taliban’s persistent thirst for violence and bloodshed. In other words, with the election of Mullah Mansoor as Omar’s successor, the militants show fewer tendencies towards reconciliation.

Previously in an audio message, Mullah Omar’s successor gave mixed signals on the peace process. While calling peace talks the enemy’s propaganda, Mullah Mansoor did not rule out negotiations along with “Jihad” to achieve the group’s objectives.

However, news report that the election of Mullah Mansoor as Taliban’s leader has split the Taliban group. As a result, the family of deceased Taliban leader Mullah Omar has refused to pledge allegiance to his successor, calling on religious scholars to settle a deepening rift within insurgent ranks over the power transition.

Splits have emerged between Mansour and those who challenged his appointment, including the late leader’s son Yaqub and his brother, Mullah Abdul Manan. “Our family… has not declared allegiance to anyone amid these differences,” Manan is cited as saying in an audio message. Mullah Manan said his family would only “serve the new chief” if he was elected in consultation with the founding fathers of the Taliban, Islamic scholars and all those influential personalities who had played a key role in strengthening the “Islamic Emirate of Afghanistan”.

A Pakistani newspaper said that senior Taliban members, who are opposed to Mullah Mansoor’s ascendency, launched a parallel Shura (Council) last week and declared themselves as “Islamic Emirate of Afghanistan”.

On the other hand however, a senior leader of the ultra-Orthodox militia has ruled out any change in the new leadership, saying that “a few people” opposed to the election of Mullah Akhtar Mansoor had no role in the 15-year-long resistance against the US-led “occupation of Afghanistan”. The statement came amid reports that a group of top pro-Taliban Afghan Ulema has started mediations to resolve differences over the successor of the movement’s longtime leader Mullah Omar.

In an interview with The Express Tribune, Abdul Hayee Motmaen, a Taliban’s senior leader, said Mullah Mansoor had been practically in charge of all organizational matters for five or six years and all commissions, all shadow governors and all senior leaders had been working under his leadership even when Mullah Omar was alive.

About the new leadership’s policy vis-à-vis peace talks with the Afghan government, Motmaen said the Taliban believed in the political option alongside armed resistance. “However, all Mujahedeen and leaders think there is a need for such an understanding that should not discredit the ongoing Jihad. This policy should not harm the achievements and sacrifices of Mujahedeen,” he added.

Motmaen reiterated the Taliban’s longstanding stance that their Qatar office has been tasked to pursue peace talks. “I also want to categorically state that the Islamic Emirate has delegated all affairs of the reconciliation process to the Political Commission in Qatar. The responsibility rests with Qatar-based negotiators. All efforts should be carried forward through them.”

Asked why Mullah Omar’s death was kept secret for so long, Motmaen replied that the family of the deceased Taliban supremo and some key Islamic scholars had issued a decree against disclosing the death of Mullah Omar, saying this could create problems.

Taliban have never adopted an outright policy towards peace negotiation regarding Afghanistan – and it is the great reason behind peace talk futility. The clash in their ideology or political interests has constantly caused a rift between them, as it does now. In another item, the radical ideologues and mercenary fighters do not share a common goal: the first group fights to die whereas the second fights to earn priority in worldly life. Similarly, a number of ultra-Orthodox leaders show persistent tendencies towards war while there are some who give the green light for negotiation.

It is believed that Afghan officials encounter with the same challenge and it is hard for them to unravel the mystery of the Taliban’s ambiguous policy. The question is that should Afghan officials push for peace talk or compound the military deal regarding the Taliban? It is simply said that “the one who hesitates is lost.” The civilians will continue falling victim to terrorist acts unless Afghan officials take a serious decision. To be precise, despite the ambiguous policy, the Taliban militants will go on with targeting Afghan security forces and civilians. Hence, a serious strategy is to be taken to counter terrorism effectively – be it negotiation or military deal.

It is the state’s responsibility to bring security for the citizens as its commitment is articulated in the Constitution, “To form a civil society void of oppression, atrocity, discrimination as well as violence, based on rule of law, social justice, protecting integrity and human rights, and attaining peoples’ freedoms and fundamental rights….” Thus, it is better to come out of the dilemma and put an end to the violence and bloodshed – which have changed the civilians into sacrificial lambs.