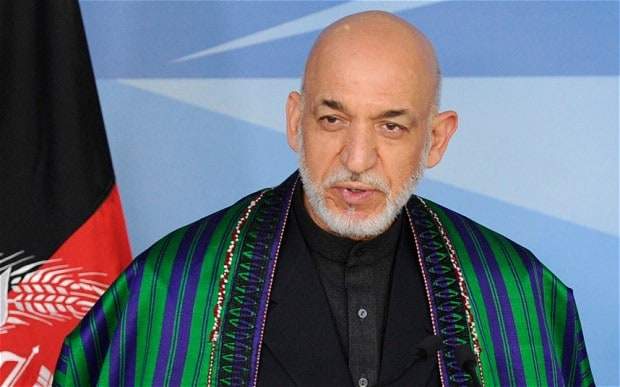 The former President of Afghanistan Hamid Karzai in a special Interview with ArianaNews said US wants to use Afghanistan as substrate to shift terrorism into Russia.

He said, “US wants to expand terrorism into Russia by using Afghanistan as substrate.”

“National Unity Government (NUG) should hold clear stance against USA and have United States government to fulfill its commitments specially the exceed of Pakistan, help Afghanistan with reality, or else United States of America should sit aside, and leave us alone so that we could stabilize Afghanistan with the regional countries, Russia, China cooperation.” Former President Hamid Karzai said.

Amid US pushes through to increase the number of its military forces in Afghanistan, he believed that increasing of US forces in the country would expand war.

Mr. Karzai said, “I m opposed to the increasing of US forces in Afghanistan, increasing US Troops would cause war to be expanded.”

At the end of his interview he did not declare the enemies of Afghanistan.

“It’s not clear who the enemies of Afghanistan are.” Former President Hamid Karzai said.

Further he expressed his concerns over the increasing of extremist terrorism in Afghanistan and the region, urged ending of extremism activities relates to the changing of the USA policy to exert pressure over Pakistan.