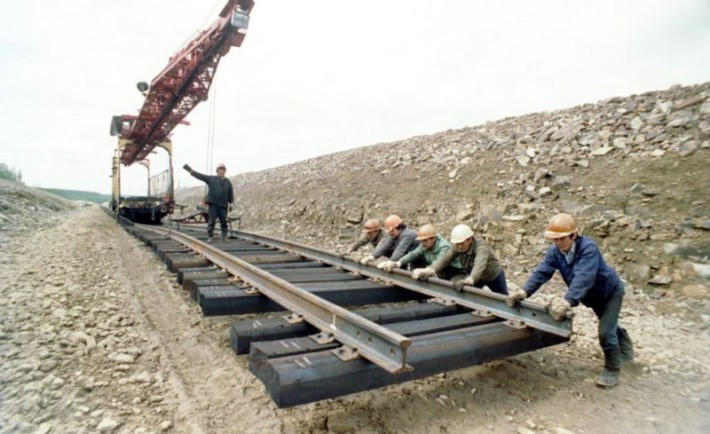 Afghanistan and Turkmenistan have been good neighbors and friend for couple of years. Turkmenistan is an old friend of Afghanistan and we have historic and cultural ties between us. Turkmenistan is one of the world’s fastest-growing economies and Afghanistan can draw in enormous riches from this potential neighbor. Earlier two premiers, affirmed to increase the volume of bilateral trade between the two neighbors to double of current stand point which is $1 billion.
Formerly, Turkmen, President Gurbanguly Berdimuhamedow paid a state visit to Afghanistan where he was hailed by president Ghani and CEO Abdullah Abdullah. The visit assures significant importance cementing the bilateral relation. The two premiers held wide-ranging discussions on a number of key topics including major economic projects and further expansion of trade, transit and economic development security issues and commercial ties. Later the two premiers signed in at least five accords ranging from education to energy supply at the Presidential Palace in Kabul. The ceremony was attended by high-raking government officials from both countries. Turkmenistan – besides expanding the volume of exports to Afghanistan – is also willing to invest in a number of key projects in the country such as the establishment of railway links, expanding energy export and establishment oil and gas pipelines to Aqina port, Ghani.

Afghanistan at present is facing extreme power shortages. It largely relies on neighboring countries for its power needs. It was worth meeting the Turkmen president announced to increase electricity supply to Afghanistan five-fold. The Turkmen premier afforded willingness to export 500 megawatts of power to Afghanistan. It’s indeed a great step ahead, to cope with increasing power demand. Earlier the Turkmen head of the state, hinted plans to construct maternity home in Torghondi district, an orphanage in Jawzjan and two mosques in Aqina and Andkhoi.

The central Asians and South Asians countries bridged via roads and rails facilitate the fastest business between these countries; it in fact opens the new avenues to financial development. President, Ghani stressed a railway line between Afghanistan and Central Asian countries including China, Afghanistan, Pakistan, Iran and Turkmenistan. He believed such a track would pave the ground for spurring regional trade. The roads connecting the neighboring countries facilitate the export and import goods from and into the said countries. Afghanistan imports over $1 billion USD worth of goods from Turkmenistan annually. A railway connecting Turkmenistan-Afghanistan-Tajikistan (TAT) is under construction which is said to be completed by beginning of next year. This was a key project for the three countries and when complete will boast an overall length of 400km. The TAT railway will cost an estimated $1.5 to 2 billion USD and is being developed as part of the Central Asia Regional Cooperation Program. It is primarily financed by the Asian Development Bank, which has allocated $350 million to Afghanistan for its section.

Turkmenistan owes the world fourth largest reserves of natural gas resource and substantial oil reserves. The premier Berdimuhamedow asserted willingness to help implement the gas pipeline project in addition to railway link. Earlier, the leaders of, Afghanistan, Pakistan and India agreed to import gas from Turkmenistan to meet their domestic and industrial needs. This project accorded by four countries is known as TAPI gas project. The shaky relationship between some of aforesaid countries is serving the undesirable delay. Afghanistan alone can benefit from similar bilateral import provided the financial assistance is guaranteed by any monetary schemes.

The unchecked production and smuggling of opium is rendered an ill affecting the neighboring countries. Afghanistan must revisit to tighten surveillance and keep a check to restrain mass production and smuggling of opium. Despite a good signs of political and financial progress, the illicit opium trade might affect the brotherly relation of the two countries. Afghanistan is responsible for more than 90 percent of the world’s illicit opium production, and 15 percent of the opiates produced in Afghanistan are smuggled through Central Asia on their way to Russia, Eastern Europe, and China.  Furthermore, 20 percent of Afghan heroin, which accounts for more than 90 percent of world supply, is trafficked through Central Asia.  However, because of the closed nature of Turkmenistan’s society, it is not known how widespread drug abuse and drug trafficking is there. Another serious problem Afghanistan is passing through is insurgency and terrorism that not only disturb the neighboring countries but also the entire region. The president of Turkmenistan consciously offered its commitment helping the peace talks should continue until meeting its fate. It promised the country jointly fight against drug smuggling and terrorism.

Maintaining good and trustworthy relation with all countries must feature a significant part of its foreign policy. The incumbent government must prioritize, establishing and continuing a balance relationship with the countries both regional and extra-regional, given it encompasses more gains than harms. It must be remembered a strong cooperation for sustainable and unchangeable relation of countries are pivotal. Keeping reliable neighborly relation will serve the people of countries bring development, sustainable stability and harmony in the region..