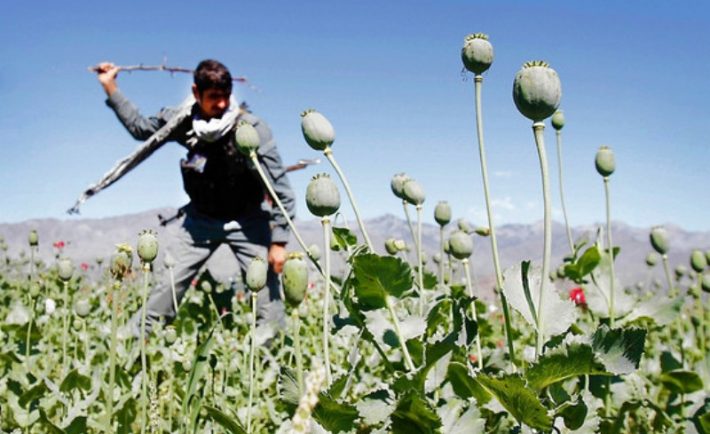 At least 335 acres of land cultivated with opium poppy were cleared during the ongoing eradication campaign in eastern Nangarhar province.

According to the local government officials, the campaign was conducted in the vicinity of Ghani Khel, Chaparhar, and Khogyani districts.

The local officials are saying that the campaign is jointly being conducted by the Afghan police, Afghan army, and the Afghan intelligence operatives and the eradication will continue until all areas are fully cleared of opium.

This comes as the local officials said earlier this month that at least one hundred and eighty hectares of land have been cleared of poppy cultivated in Bati Kot district.

The eradication campaign is being launched amid concerns that there has been a sharp rise in opium cultivation, production and smuggling across the country during the recent months.

According to the last survey report, there has been a 43 per cent rise in opium cultivation in Afghanistan.

The survey jointly conducted by the Afghan authorities and United Nations Office on Drugs and Crime, around 201,000 acres of land were cultivated with opium in 2016.