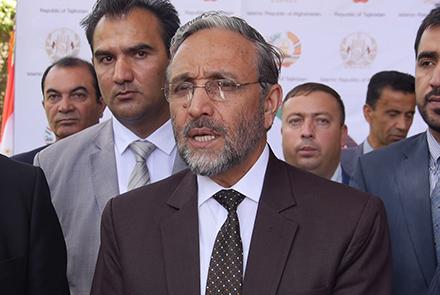 The minister of economy Abdul Sattar Murad has said that Tajikistan is willing to expand investments in Afghanistan’s power projects and railway links.

Meanwhile, Tajikistan’s minister of economy has stressed the need for the expansion of commercial routes between the nations.

“We have a lot in common, we are trying to pave the way for joint cooperation in line with the needs of our people; Afghanistan and Tajikistan need to be connected through more border routes so that more commercial and trade interactions between the two countries are conducted,” said Tajikistan’s minister of transport Khudayar Khudayayr Begzada.

The two officials made the remarks on Monday at the conclusion of a two-day meeting of the Intergovernmental Commission on Economic Trade, Social and Technical Cooperation between Afghanistan and Tajikistan.

The Tajik minister also said that trade volume between Afghanistan and Tajikistan has noticeably increased over the past three months.