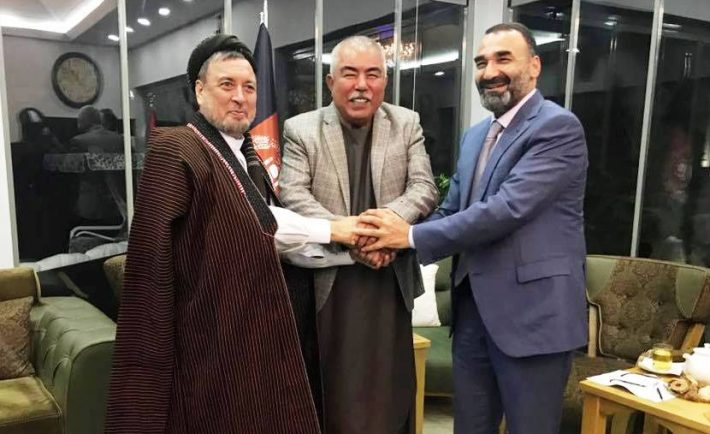 Two key Afghan political figures and old rivals, General Abdul Rashid Dostum and Ata Mohammad Noor, have met in Turkey together with the leader of Harakat-e-Islami Haji Mohammad Mohaqiq as the trio have stepped up efforts for political unit in the aftermath of the recent violence in the country.

An Afghan MP and spokesman of Junbish-e-Millie party Bashir Ahmad Tahyanj said the three leaders have reached to an agreements on several key issues, including the formation of unity among the political figures, movements and parties.

He said the three leaders also agreed that they are not after the collapse of the current government but insisted that the current situation, deadlock, and violence is not acceptable to the Afghan nation and their respective parties.

Tahyanj further added that the three leaders are expecting to organize further meetings and take practical steps in the country in a bid to find a solution for the situation of the country which has drastically deteriorated during the recent days.

This comes as Tahyanj earlier said the leaders of Harakat-e-Islami and Jamiat-e-Islami have visited Turkey to attend the engagement ceremony of Gen. Dostum’s son.

The leaders of Jamiat-e-Islami and Junbish Millie parties have stepped up efforts to boost political cooperation in the aftermath of the latest political and security upheavals in the country, particularly after the deadly bombings and violence in capital Kabul.

The meetings between the Junbish Millie and Jamiat Islami parties takes place despite major rivalries existed between the two parties in the past and in some cases some deadly clashes have also taken place between the commanders of the two parties, particularly in northern provinces of the country.