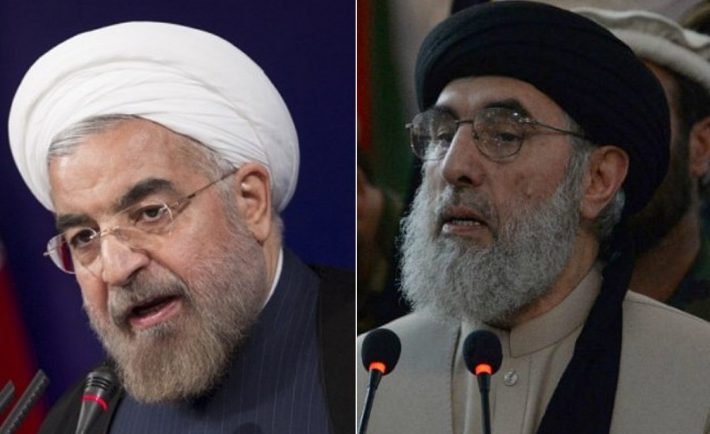 The leader of Hezb-e-Islami Gulbuddin hekmatyar slammed the Iranian President for his remarks regarding the construction of water dams in Afghanistan.

Speaking during a press conference in Kabul, Hekmatyar said no one has the right to give orders or warn the Afghan people.

Hekmatyar further added that no one has the right to interfere in the internal affairs of Afghanistan, urging Iran to respect the water treaty between the two nations.

According to Hekmatyar, such remarks are considered as a threat and urged the Iran to cooperate with Afghanistan as a good neighbor.

In the meantime, Hekmatyar urged the neighboring countries of Afghanistan, specifically Iran and Pakistan, to play their role in helping the Afghan government to ensure peace in Afghanistan.

The Iranian President Rouhani made the remarks regarding the construction of water dams in Afghanistan during an international conference in Tehran, the capital of Iran.

He had said “Dam construction in Afghanistan and Sistan-Baluchestan Province (in Iran) play a role in the desiccation of rivers.”.

Rouhani further added that “People will be forced to leave their homes; civilizations will be destroyed.”

The officials are saying that the Afghan nation has taken very less advantage of its waters in the past, insisting that such projects to properly use the waters for the interest of the nation, are a priority for the Afghan government.