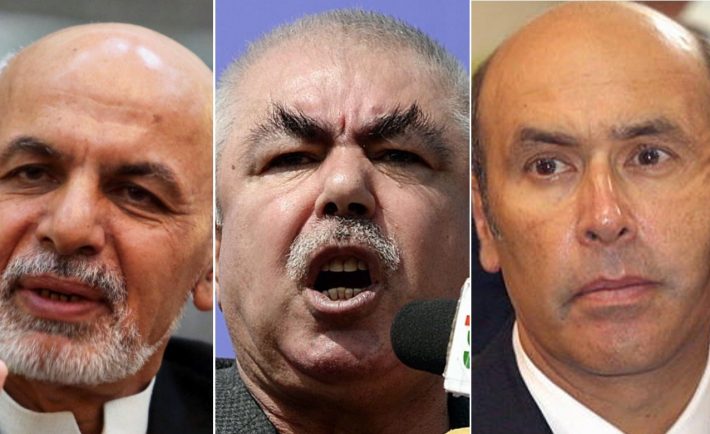 The first vice president and leader of Junbish Millie party General Abdul Rashid has strongly reacted at the remarks of President Mohammad Ashraf Ghani and a top US diplomat, hours after reports emerged that the controversial case involving the vice president and his rival has been referred to the court.

The office of the first vice president in a statement said the Attorney General Office is not having such an authority to permit the vice president to travel abroad, pointing towards President Ghani’s remarks during a press conference on Tuesday where he had said Gen. Dostum is in Turkey for the treatment on the permission of the Attorney General Office.

The statement further added that the US embassy must respect independency of Afghanistan and bilateral relations between the two countries, insisting that the legal and judicial system of the country has a clear definition and approach regarding such cases.

Gen. Dostum’s office also added that irresponsible remarks by the foreign diplomats and missions will only spark concerns among the people.

The statement also added that the first vice president played a key role in the fight and elimination of the Taliban and Al-Qaeda during the US-led invasion in 2001.

This comes as the US embassy Charge d’Affaires on Tuesday called for thorough investigation in the torture and sexual abuse case of Ahmad Khan Ishchi involving the first vice president General Abdul Rashid Dostum.

“I want to be very clear; it is not for me to speak on the technicalities of legal cases in Afghanistan. Nevertheless, my government, the international community, and the Afghan people, support the continued serious investigation and possible follow up legal actions in the case of First Vice President Dostum and his associates,” the US special charge d’affaires said.

He also added that the allegations against the Vice President, including charges of rape and assault, are extremely serious and warrant close legal review by the Attorney General and other judicial authorities of the Islamic Republic of Afghanistan.
Source Khaama Press