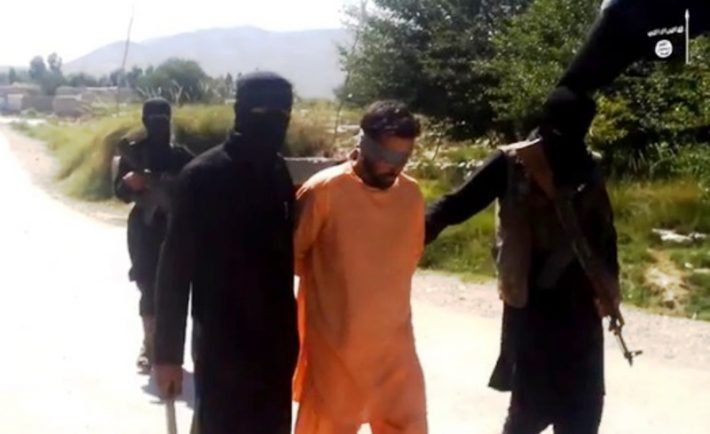 The militants affiliated with the Islamic State of Iraq and Syria (ISIS) terrorist group have beheaded a man, allegedly over sorcery in northern Sar-e-Pul province of Afghanistan.

According to the local officials, the incident took place late on Tuesday night in the vicinity of the provincial capital.

Sar-e-Pul governor’s spokesman Zabiullah Amani confirmed the incident and said the victim has been identified as Mullah Taj Mohammad who was beheaded in Ganda area of the central city of Sar-e-Pul.

He said the man was beheaded by a local ISIS commander identified as Qari Sher Mohammad.
The main reason behind the execution of the man has not been ascertained so far but the beheading was apparently carried out for offering talisman to the people.

The anti-government armed militant groups including the ISIS loyalists have not commented regarding the report so far.

Sar-e-Pul is among the relatively calm provinces in northern Afghanistan but the anti-government armed militant groups are active in some of its districts and often conduct insurgency activities.

This is not the first time the ISIS loyalists have executed the civilians but numerous incidents have taken place in various other districts.

At least three civilians were beheaded by the militants of the terror group in northern Jawzjan province nearly four months ago.