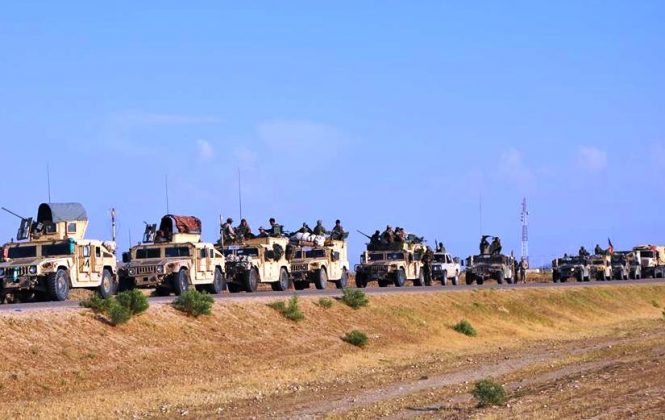 The Afghan National Army deployed a large contingent of defense forces to northern Sar-e-Pul province in what appears to be a retaliatory move against the massacre of scores of civilians by the militants in this province.

The 209th Shaheen Corps of the Afghan National Army (ANA) forces in the North said a large contingent of the defense forces left for Sar-e-Pul province, hours after hundreds of trapped civilians were rescued from the captivity of the militants in Sayad district.

The Shaheen Corps of the Afghan army said the operations are expected to be launched under the leadership of the commander of 209th Shaheen Corps.

This comes as least two hundred and thirty five civilians were rescued from the Taliban and ISIS captivity in northern Sar-e-Pul province of Afghanistan, days after the militants brutally massacred dozens of people in this province.

The provincial government in a statement said the civilians including women and children were rescued after the local tribal elders intervened for their release along with the central government’s efforts.

The statement further added that civilians were kept as hostages for the past four days and since the insurgents captured the key Mirza Awlang area in Sayad district.

The Office of the President, ARG Palace, in a statement said a high level meeting of the security and defense officials was organized in the palace this evening which was chaired by President Mohammad Ghani.

The statement further added that the meeting focused on the recent security upheavals in the country, specifically the security situation in northern and northeastern provinces, including Sar-e-Pul province.

The security officials were instructed to take immediate steps to bring the situation under the control in Sar-e-Pul, Faryab, Jawzjan and Balkh provinces, ARG Palace said, adding that the necessary instructions were also given to security institutions to suppress the insurgents in Mirza Awlang area in Sayad district of Sar-e-Pul province besides taking immediate steps to assist the local residents.

Other instructions including dispatch of emergency aid to the affected residents in the area were also given to the security institutions during the meeting, ARG Palace added.