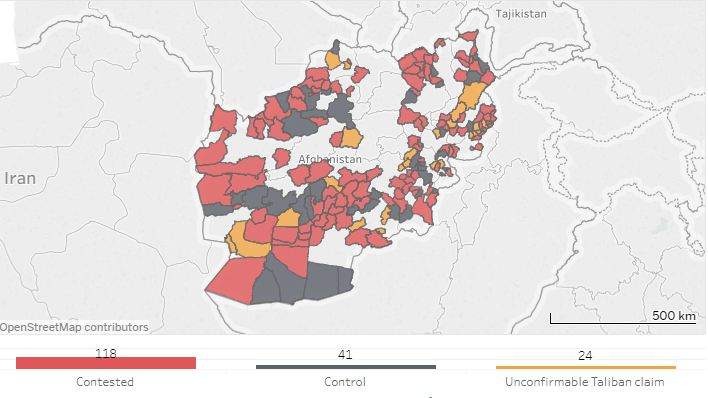 Overall, LWJ has determined that 45 percent of Afghanistan’s districts are controlled or contested by the Taliban.

The Afghan Defense Ministry, however, rejected the LWJ report, emphasized on reclaiming the areas.

“We reject this report, only a few districts are under-control of the Taliban,” the Defense Ministry Spokesman Dawlat Waziri said. “In coming winter season we are keen to launch clearance operation for recapturing these districts beside training the security forces,” he added.

According to Afghan government, the Taliban only controls eight districts and threatens a few others in the country.