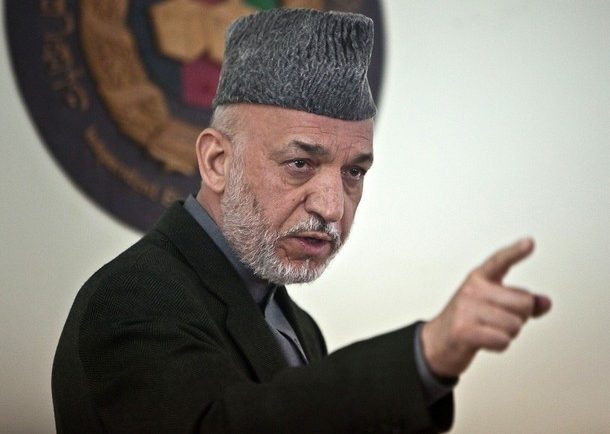 The former Afghan President Hamid Karzai has opposed with the involvement of India in the new US strategy for Afghanistan and South Asia as he reiterated his previous stance regarding the policy itself, calling it a strategy to prolong the war in Afghanistan.

Speaking to reporters in London, Karzai said India should not be pulled into the US’ approach to Afghanistan, warning that the new US approach was part of a “bigger strategic game” that would not bring peace to the region.

Karzai further added that India should maintain its own and independent approach towards Afghanistan considering the national interests of both the nations.

He also criticized Washington for its latest approach towards Pakistan and questioned the US for waiting for sixteen years to decide regarding the approach needed to deal with the terror sanctuaries in the country.

According to Karzai, the issue of the terror safe havens in Pakistan was repeatedly shared by the Afghans with the US but Washington could not do enough since Pakistan was an ally.

The remarks by Karzai come in contrast to the optimisms of the Afghan government regarding the new US strategy for Afghanistan and South Asia.

The Afghan leaders welcomed the new US strategy and called it an opportunity for the Afghanistan and region to establish an environment of peace and regional cooperation.