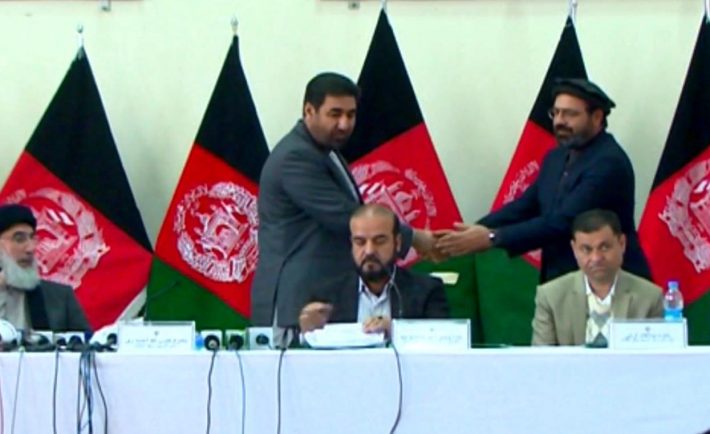 Hezb-e-Islami leader Gulbuddin Hekmatyar says in the current situation there is no possibility of forming interim government or bringing changes in electoral system as the party presented its “reform plan” to the Independent Election Commission (IEC) on Saturday.

Citizens having the right to cast vote, allowing the political parties to oversee the election process, preparing the list of voters and ensuring the security of election are the key issues of the presented plan of Hezb-i-Islami.

“There is neither agreement on forming the interim government, especially at this short period of time, nor possibility of changing the commission bodies,” Hekmatyar said at a joint press conference on Saturday.

Describing that at least three to five major political parties should run for and campaign in the upcoming elections, he asserted that certain political figures attempting to delay the process.

“Election should be held in its scheduled time, and there shouldn’t be any excuse,” he said.

The Chairman of IEC, Najibullah Ahmadzai, however, stressed that the next year’s election will be held differently, urging the government and the international community to implement its commitments for providing the budget of the elections.

This comes as the parliamentary and district councils elections are scheduled to be held in July 2018.