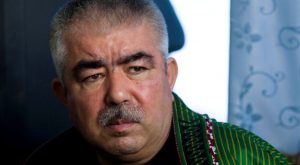 First Vice-President Abdul Rashid Dostum will return to Afghanistan within a week, after being in Turkey for medical checks-up, officials said on Tuesday.

Dostum left for Turkey in May for medical treatment amid accusations of ordering his security guards to torture and rape a political rival, Ahmad Ishchi.

“We are optimistic that that Gen. Dostum return to Kabul within the end of this month and will continue his efforts in the power- sharing government,” said the Vice President’s Spokesman, Basir Ahmad Tayenj.

It said that Dostum will announce the formation of “Coalition for Salvation of Afghanistan” after returning to Kabul. Some lawyers believe there is no any legal issue in front of Vice-President Dostum to do not return to his homeland.

“Mr. Dostum was only being accused and there is no bar In front of him to do not return to Kabul, said Abdul Subhan Musbah, the Deputy of the Lawyer’s Union.

However, political rival, Ishchi insisted that Dostum should be referred to court, following the rape and torture case.

“We are pursuing the case and it should be seriously investigated,” Ishchi said. “In case if [the government] does not address [the case] we will hand over the case to the International Criminal Court.”

Days ago, a court in Kabul has imprisoned Dostum’s seven security guards, but Ishchi believes in his case justice will not be ensured as long as First Vice-President not being tried.