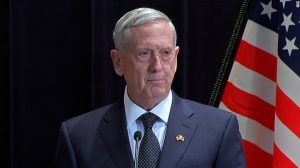 US Secretary of Defense Jim Mattis appears optimistic that NATO allies and partner nations will add troops in Afghanistan to help train and assist local forces.

“Right now, I’d say there’s somewhere approximately two-dozen NATO allies and partner countries that are leaning towards raising the number of troops, now that’s out of 39 total countries on the battlefield, so it’s a little over two dozen,” Mattis told reporters at the Pentagon.

NATO Secretary General Jens Stoltenberg said on 7 November that the alliance plans to add about 3,000 troops to its ‘Resolute Support Mission’ in Afghanistan, half from the United States and half from other members.