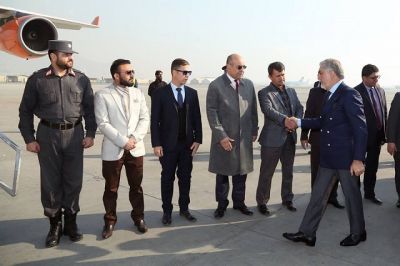 Afghanistan’s Chief Executive Abdullah Abdullah on Thursday left Kabul for Russia and India.
During visit to Russia, Abdullah will attend the 16th meeting of the council of heads of government of the Shanghai Cooperation Organization in the black resort town of Sochi.

He will deliver a speech on regional cooperation, trade, counter-terrorism and peace, according to a statement from Abdullah’s office.

On the same day, Abdullah will travel to India to attend Hindustan Times Leadership Summit in New Delhi, which will be attended also by Indian Prime Minister Narendra Modi and former U.S. President Barack Obama.