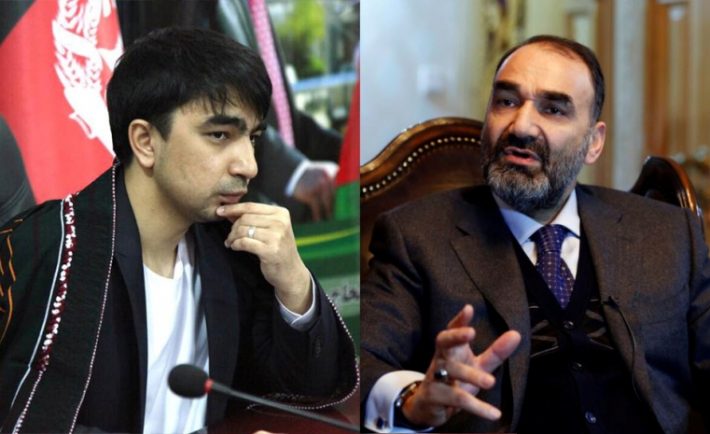 Balkh governor Atta Mohammad Noor’s flight on Thursday night was barred to take off from Mawlana Jalaluddin Balkhi Airport in Mazar-e-Sharif City to Kandahar Airport, in the west of Afghanistan.

Noor wanted to visit Kandahar and attend a gathering with a number of political figures in the province on Friday.

Noor was accompanied by Batur Dostum, son of the first vice president Abdul Rashid Dostum.
In a video posted on social media, Balkh governor said they waited for one and a half hours inside the plane but were not allowed to take off.

“Accompanied by respected figures from different parts of Afghanistan, we wanted to fly to Kandahar and decide about holding a gathering but unfortunately the government leadership did not allow our plane to take off from Balkh Airport to Kandahar,” Noor said. “This is an illegal, inhuman and immoral act.”

He said the act was not in favor of the country and the people.

“This act weakens government’s bases… After one and a half hours of waiting, we walked out of the plane,” he added.

“The president (Ashraf Ghani) is directly involved in this matter… Junbish (party) believes that ARG (Presidential Palace) is responsible for this act,” Tahyanj told reporters on Friday.

Afghanistan Civil Aviation Authority in a statement released on Friday morning said Atta Mohammad Noor’s flight was cancelled “due to lack of facilities for night fights in Kandahar Airport and requirement for further coordination with NATO troops in the airport.

Presidential Palace has not commented on Noor’s remarks so far.