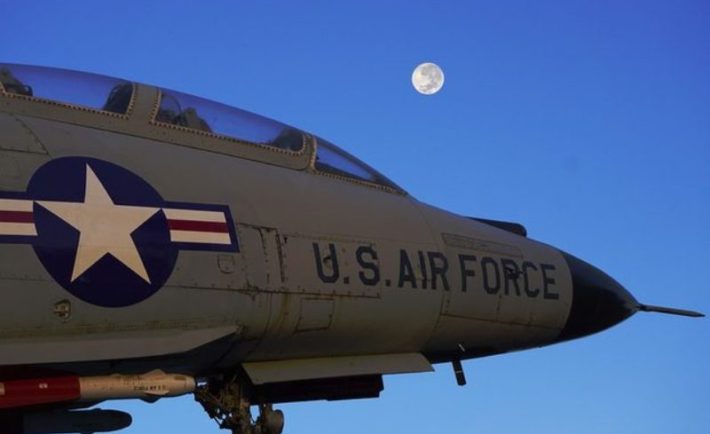 The Pakistani Air Force has threatened to react to any airborne threat including the violation of the Pakistani airspace by the enemy planes or US drones.

Chief of Air Staff Air Chief Marshal Sohail Aman has said the violators of Pakistan’s airspace will not be spared — be it an enemy aircraft or a US drone.

He said the US authorities have been warned that their drones would be knocked down if they entered the country’s airspace again.

The latest remarks by Pakistan’s Chief of Ari Staff come as Washington has stepped up pressures on Islamabad to act against the terror safe havens, particularly the notorious Haqqani terrorist network.

The Afghan and US officials have long been criticizing Pakistan for its failure to act against the terror network although they have said that the country has take strict actions against the terror groups posing threat to the Pakistani government.

The director of the US Central Intelligence Agency (CIA) has warned that the United States will take necessary steps if Pakistan fails to destroy terror safe havens in its soil.

Ahead of Secretary of Defense James Mattis visit to Pakisstan, Mike Pameo had said the defense secretary James Mattis was travelling to Pakistan to “make clear the president’s intent” and “will deliver the message that we would love you to do that.

“And that the safe haven inside of Pakistan has worked to the detriment of our capacity to do what we needed to do in Afghanistan,” he added.