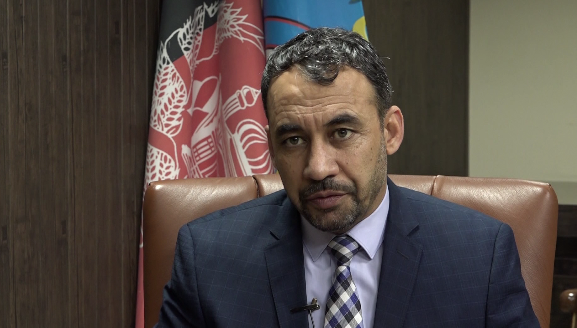 The Interior Ministry on Saturday warned of taking “legal action” against General Abdul Raziq, the Police Chief of southern Kandahar province, stressed that no member of police personnel can stand against the law.

Days earlier, following the controversial dismissal of Atta Mohammad Noor, former governor of Balkh province, Gen. Raziq said that the National Unity Government has neither appointed him, nor can remove him from the post.

“I have been appointed based on the demands of Kandahar people and I will leave based on their demands,” he asserted.

The Interior Ministry, however, said that government has not taken any decision to remove the Police Chief of Kandahar from his post, insisting that any debate in regard is “premature”.

Some military commentators, meanwhile, said the police commanders’ involvement in politics is in contrary to the constitution.

“Commanders who engage in politics, in fact they violate the law, they are guilty and the government has the right to act against them,” said Asadullah Nadim, a military commentator.