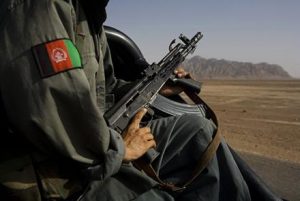 Dadullah Qani, a member of Farah Provincial Council, said the attack took place early in the morning on Friday, targeting a highway security checkpoint in the province’s Bala Buluk district.

According to Mr. Qani, seven policemen were killed during the attack while two others have surrendered to the insurgents.

The official further said that Taliban insurgents have seized all weapons and ammunitions of the checkpoint.

He also confirmed that the insurgents have suffered causalities, but said the exact number is unknown yet.

However, provincial security officials say that three policemen have lost their lives in the attack.

A police official said the insurgents are equipped with modern weapons; therefore, they have intensified their attacks in the province.

“They have bought the weapons because they have money. The neighboring countries have helped them too. [Taliban’s] access to modern weapons is the main reason of wars in Farah province,” said Gulbahar Mujahid, provincial deputy police chief.

Meanwhile, in a separate incident, the Afghan security forces have killed three Taliban militants in Qala i Kah district of Farah province.